Good reviews in publications such as Games Magazine.

This game can be downloaded from DOSbox. The reviewer laments that someone should “rescue” this game (I would love to). I think the resolution is 640x480.

Player moves up to five balls at the same time. Balls explode when they come into contact. Puzzles require clever use of “nasty balls” to open gates and trigger traps. The puzzles become ever more challenging. 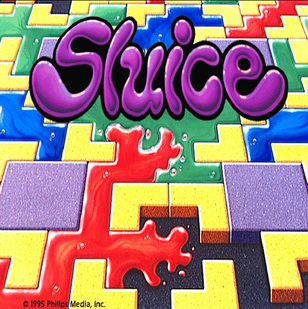 Second in a series of proposed puzzle games back in the 90’s with CapDisc. This game was never published due to the collapse of CapDisc and Philips Media.

Player moves tiles to allow “ooze” to take over ever-changing gaps. When one color ooze meets another, the bigger wins. 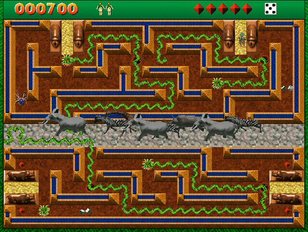 Concept and design for the central game to a Jumanji game pack based on the movie.

I designed an ecosystem where vines grow but then retreat when they eat spiders. The spiders are confined by growing vines. Stampedes clear out vines and spiders. All are deadly to Alan.  Nine screens with three versions each that form many possible mazes. Player moves between them by the golden paths. Stampede paths are easier to travel on but deadlier. 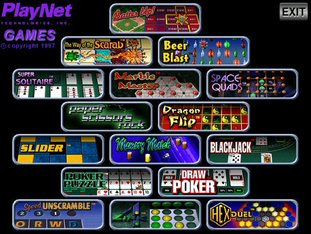 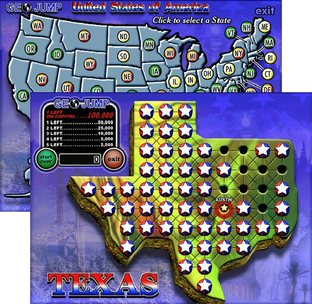 Nine games independently developed by me and a programmer from PlayNet for VideoNet, a Canadian manufacturer of a touch screen coin-op kiosk (akin to PlayNet). The games were later used in eGames 101 collection and other collections.

The samples on the left are screen shots from GeoJump, an original version of the familiar peg-hop game. I designed a layout for each of the 50 states. 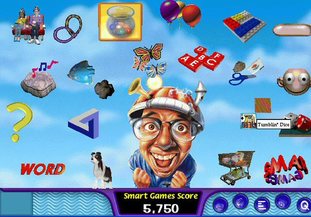 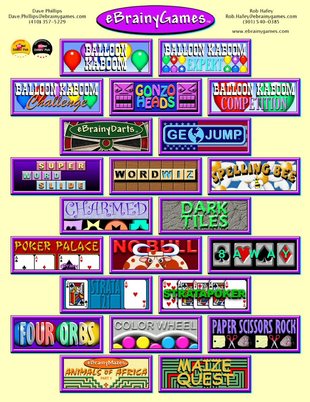 eBrainyGames was a collaboration between Rob Hafey and I to develop casual games for various publishers: eGames, Activision, Legacy, OnHand, Snap, Zillions of Games. 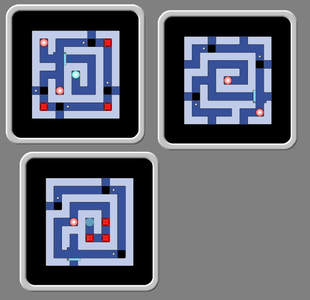 Sifteo cubes were unique cubes that interacted with each other. We were in development on Zen Maze, when Sifteo folded due to lack of funding.

Zen Maze is like my first game, MegaMaze. Instead of marbles, we used a drop of quivering water and fire balls; they moved from one cube to another from any side to any side. A story line also went with the game that involved maze metaphors in a search for wisdom. The graphic, left, is scratch art.

Development halted by Sifteo due to funding. 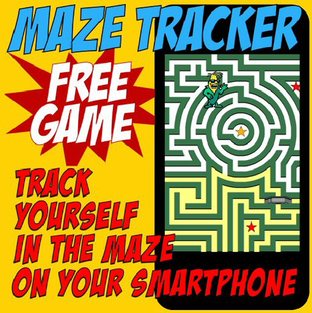 Concept input, design, map art, and characters.
This is the first app that tracks a visitor’s position in a real corn maze. It is a skin on Google Earth. This is a free game that collects a player’s email that is used by the maze operator and Maize Quest. About 800,000 people visit my corn mazes each year. It is currently installed in about 20 locations.